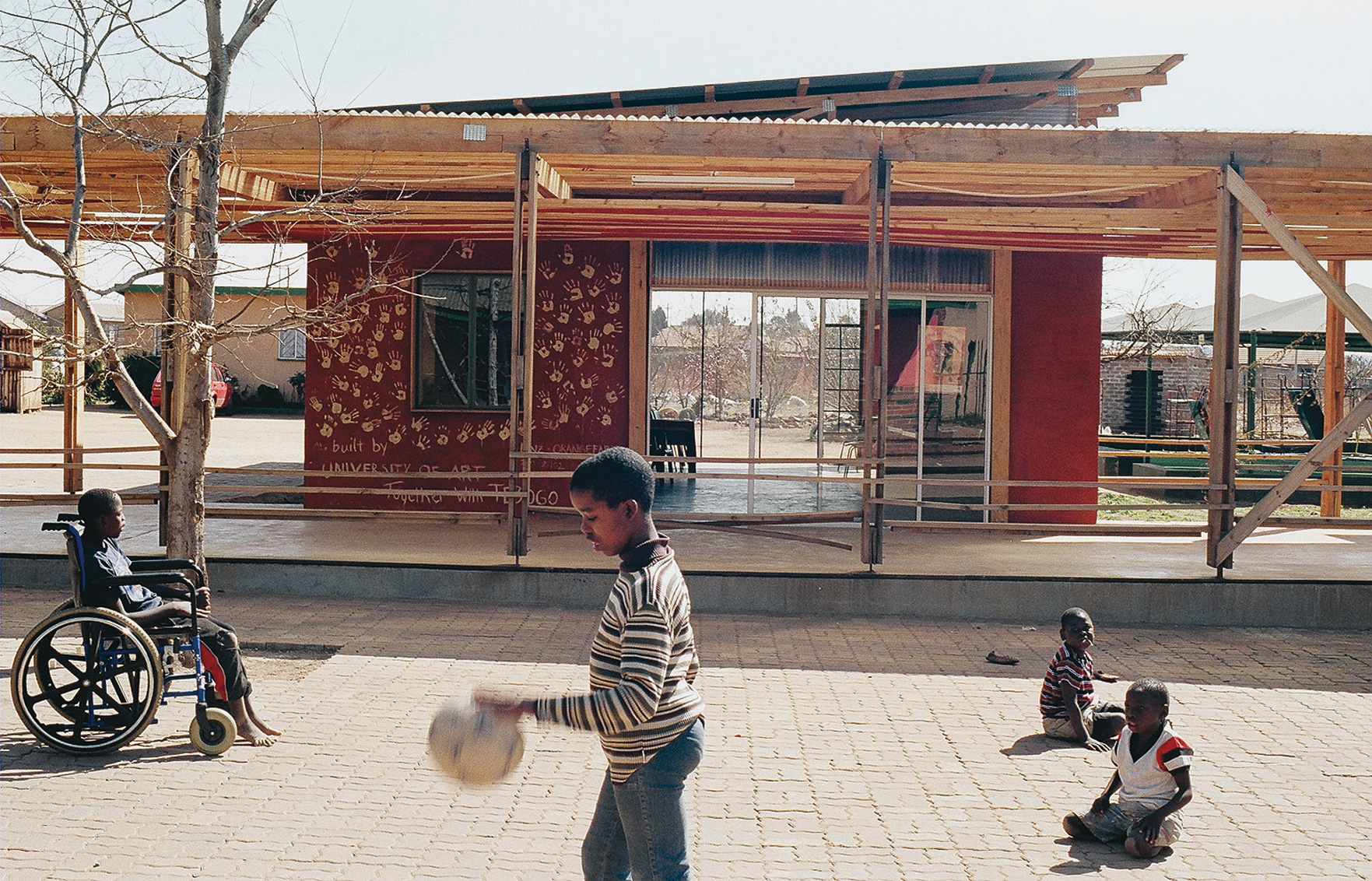 Orange Farm is a township in the southwest of Johannesburg. The social situation is characterised by poverty, AIDS and unemployment. The appearance of the development is dominated largely by buildings or shacks made mostly of sheet metal, corrugated iron or parts of cars. In summer it can become unbearably hot in these shacks (up to 45°C), while during winter nights it can be noticeably cold (to 2°C).

We were commissioned by the Tebogo Home for Handicapped Children. The Austrian NGO SARCH set up this contact for us. The home for almost 50 children had become too small. In a group of 25 students we planned and built a dining building with a new kitchen, and a therapy building with sanitary facilities. A generously dimensioned pergola, a garden hall, connects the buildings with each other.

The buildings we erected in Tebogo have a pleasant indoor climate throughout the year – without the use of energy. In this way we were able to reduce the fluctuation in temperature to only 9°C. Local workers, above all women, were integrated in the project. The building materials were acquired directly from the township: concrete blocks, earth, clay, straw, timber, grass mats – to strengthen the local economy and to make later repetition easier. One of the main aims was to make buildings that suited the needs of the children. They received a home that conveyed a sense of security and joy in living. 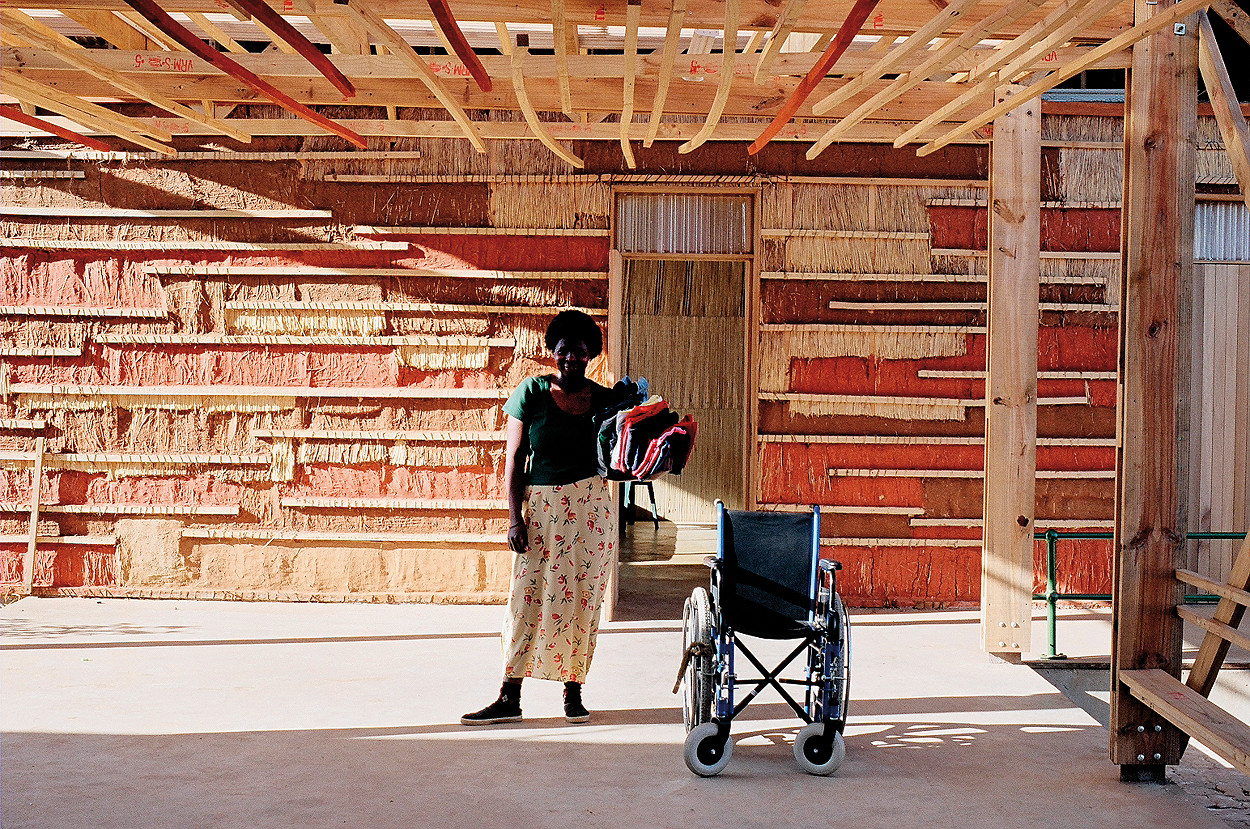 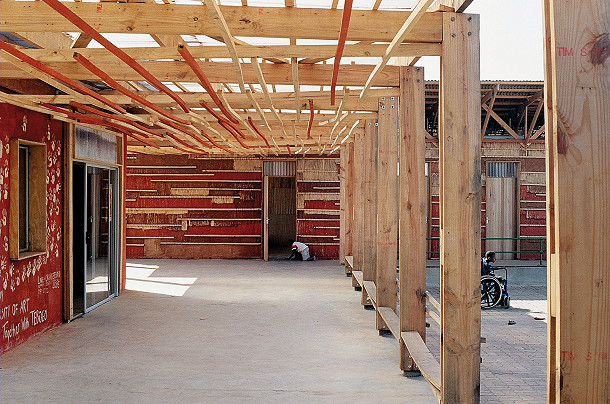 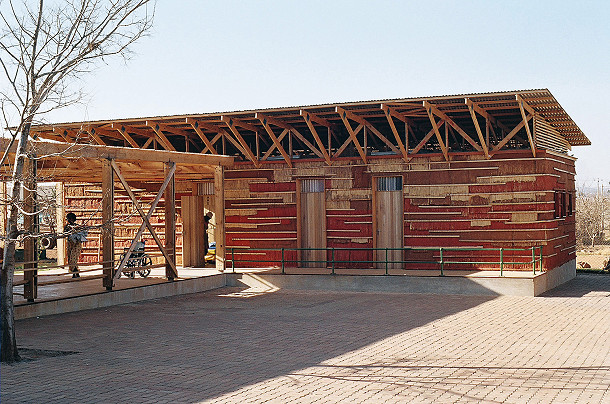